When it comes to Dayton Ohio home improvements, going solar probably isn’t your first thought. Adding solar panels to an existing home sounds to some like an idea that will never see the light of day. However, it may be time to seriously consider going solar — a new day is dawning. 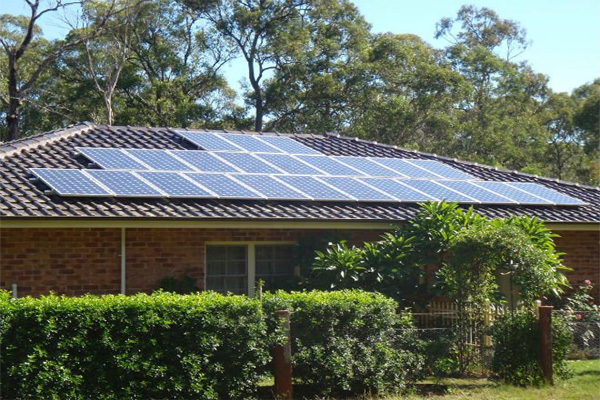 From 2013 to 2014 solar powered homes increased by 30%. Greater growth is expected through 2016 and beyond. In fact, California recently became the first state to generate over 5% of its electricity from utility-scale solar power.

The reasons solar panels should be considered among the top Dayton Ohio home improvements are many. Saving money on your home’s electric bill is one. Increasing the value of your home is another. For many, becoming a part of the movement to decrease our carbon footprints is an even bigger incentive. It is estimated that in just 20 years a home powered by solar energy can offset tons of carbon dioxide from the Earth's atmosphere.

One of the biggest challenges solar energy faces are the commonly-held misconceptions of many homeowners. Let’s address a few.

Solar panels are unaffordable.
Experts say the cost of solar panels has reduced dramatically. Ten years ago the average cost for solar panels on a home’s roof was $43,000. Today the cost is roughly $29,000. In addition, there are renewable energy tax credits available for homeowners who use solar energy. Plus, if you install solar panels on your home, you can claim a 30% rebate. That could give new interest in adding solar energy to your list of home improvements. Still need convincing? There are solar panel leasing options available.

In bad weather, solar panels are useless.
This is a common misconception. The truth is that solar panels operate off of ultraviolet light which is present even on cloudy days. Case in point: Germany leads the world in solar energy implementation despite enduring harsh winters with minimal sunlight.

Solar panels require constant maintenance.
On the contrary, rooftop solar panels need minimal maintenance. Manufacturers recommend you clean the panels with a water hose once a year. Normal rainfall will usually suffice. The only other suggestion is to make sure there isn't excessive debris such as pine straw or leaves that may block the panels from doing their job.

If you’re ready to look into solar for one of your desired home improvements consider this: not all roofs are able to accommodate solar panels. Contact a roofing contractor trained and certified in photovoltaic (solar panel) work by the North American Board of Certified Energy Practitioners. And do your homework. Ask for references you can contact.

If everything checks out, you may just enjoy the solar energy advantages resulting from your Dayton Ohio home improvements wish list. That’s guaranteed to give you a sunny disposition!