Rent increases seem to be the norm rather than the exception in the Dayton Ohio housing market. While increases affect renters at all income levels, those near the bottom are being hardest hit. 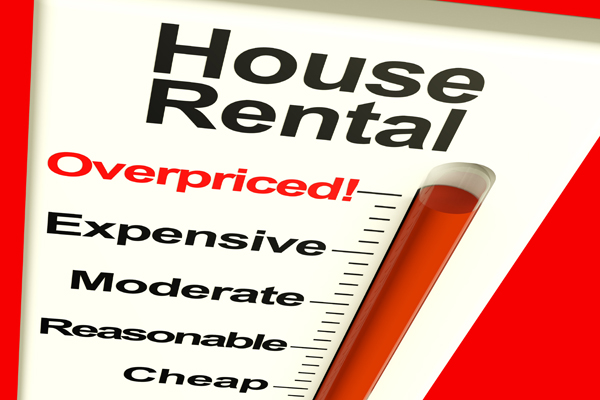 Higher rents are having a greater impact on the lower-cost housing units than on the higher-cost units say researchers for the Federal Reserve Bank. They reviewed national data compiled by the American Housing Survey from 1989-2013 to estimate the rate of inflation for rents and utilities. Their findings concluded around 32 million dwellings were constructed during that timeframe. Roughly 10.8 million were built to be marketed to the highest income earners, compared to only 3.1 million targeting the lowest income group.

The researchers further conclude increased numbers of new units attracting high-end earners is likely responsible for higher vacancy rates. Less competition among tenants helps mitigate rent inflation in that income group. Despite rents being higher for those new units, as a percentage it usually doesn't rise as much as the lower-cost rental units. The reason? Supply of rental units at the lower end of the spectrum is more apt to occur from rents that were once higher, but have been lowered into the next bracket. The result is a "trickle-down" effect, meaning those units will probably still have higher rents than the lower-end housing, pushing up rent inflation for that segment.

This comes as little surprise to renters in the Dayton Ohio housing market. Annual rent growth during September was 5.2%, representing the highest increase since 2011 and marking the eighth consecutive month the rate has been 5% or more.

Based on a nationwide survey by property rental website Rent.com, property managers expect to raise rents as much as 8% next year. This is due to an anticipated rise in demand and a drop in vacancies. Vacancy rates for rental units across the nation recently dropped to 6.8% — the lowest in twenty years.

Further affecting the rent inflation dilemma is that construction of multifamily housing came to a surprising halt during the housing crisis. New units recently added are barely meeting pent-up demand. Rents and occupancy levels are enjoying all-time highs, driven in part by higher demand and lower supply. While new construction permits for multifamily units are within 1% of where they were during the same month last year, most of the new supply is in higher-priced markets. The urban centers of major cities have benefitted, but not renters in suburbia or in less-populated cities desperately in need of more affordable rental units.

Dayton Ohio housing experts say more than 25% of renters currently spend over 50% of their income on rent.