Delinquent borrowers facing foreclosure are learning that they can stay in their homes for years, as long as they’re willing to put up a fight. 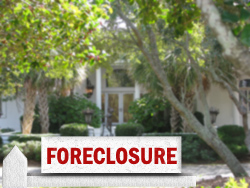 Among the tactics: Challenging the bank’s actions, waiting to file paperwork right up until the deadline, requesting the lender dig up original paperwork or, in some extreme cases, declaring bankruptcy.

Nationwide, the average time it takes to process a foreclosure — from the first missed payment to the final foreclosure auction — has climbed to 674 days from 253 days just four years ago, according to LPS Applied Analytics.

And while some borrowers are looking for ways to make good with lenders and get their homes back, many aren’t paying a dime. Nearly 40% of homeowners in default have not made a payment in at least two years, according to LPS.

In some of the more extreme cases, borrowers will file for bankruptcy in order to block a foreclosure. In these instances, courts order creditors to cease their collection activities immediately. Home auctions can be postponed as the bankruptcy plays out, which can take months.

The ensuing delays are further harming the housing market. People who stay in homes undergoing foreclosure for years often don’t maintain the properties, causing blight and lowering property values in the surrounding neighborhoods.

Given the number of loans either seriously delinquent or in the process of foreclosure at the beginning of the year, the number of completed foreclosure sales in 2011 is almost absurdly low, reflecting the complete screw-up of the mortgage servicing industry, and the resulting dramatic slowdown in foreclosure resolutions.

As of the end of October, 2011 LPS estimated that there were 1.759 million seriously delinquent loans with the average number of days delinquent at 388 (compared to 192 days in January 2008), and there were 2.210 million loans in the foreclosure process that had been on average delinquent for 631 days.