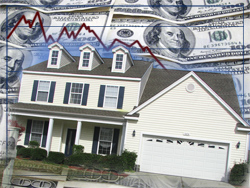 While year-over-year home price measurements notched down in 2011, prices are expected to see a slight uptick in 2012, according to Clear Capital.

Should the valuation company’s predictions ring true, it would be the first time since 2006 that the change in annual home prices has landed in positive territory.

In 2012, Clear Capital is forecasting U.S. home prices to show continued stabilization with a slight gain of 0.2 percent across all markets. That would put national home prices near levels not seen since 2001.

Clear Capital’s report shows U.S. prices declined 0.4 percent in December on a quarter-over-quarter basis as markets gave back some of the gains of the summer buying season.

December’s quarterly assessment is the first cooling off after six monthly reports from Clear Capital showed minimal quarterly gains. In fact, the company says the most recent six months of the year saw national home prices flat, posting a decline of just 0.1 percent over the second half of 2011.

The 2.1 percent price decline over 2011 marked the smallest year-end change in either direction since the market gained 1.7 percent in 2006.

Clear Capital expects 2012 to play out much like the last half of 2011, with only a very subtle price change at the national level. A minimal decline in the beginning of the year is expected to turn into a meager gain by year’s end.

Half of the 50 major metro markets included in Clear Capital’s study are expected to post gains for the year, with individual metros experiencing the full gamut of price movement, from double-digit growth to double-digit drops.